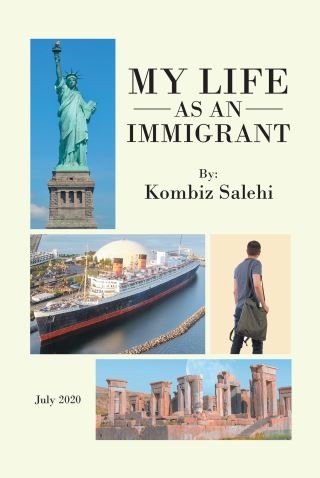 My Life as an Immigrant

This book is a life story of an immigrant who arrived in the USA as an eighteen-year-old with twelve dollars and has remained in the USA for fifty-eight years. He became an immigrant three years after his arrival and a US citizen five years later. During the next fifty years, he significantly contributed to the American society in more ways than one. He sponsored his entire education and obtained a BS, an MS, an MBA, and a PhD, getting his PhD when he was seventy-four. After the MS degree in Nuclear Engineering, he served the US nuclear power industry as a nuclear engineer, including fifteen years of management position in companies such as GE Company, Bechtel, Exelon (formerly ComEd), Parsons, and the US Nuclear Regulatory Commission (US NRC), retaining security clearance during his tenure at the US NRC. He was a midlevel manager for the GE Company for a decade. As an adjunct professor for eight years, he taught MBA and mathematics to the university students. His contributions extend through his three children in three circles of the American society. One son is in the biomedical field with his current service getting his company to develop the vaccine for the COVID-19 virus. His daughter is a competent litigator and a law partner in a large law firm. His second son is a VP of finance in a mortgage firm and a graduate of a seminary program with periodic delivery of sermons to his church members.

The author used his tenacity in dealing with an insurance company, ensuring continuation of coverage of his former stepdaughter at closed facilities resulting in nearly $500,000 coverage for the medical expenses against the insurance company’s willingness to honor the terms of the policy. He championed the safeguards of the young girl through tumultuous years of his married life with his second spouse, an Iranian lady. That story makes the book that much interesting for trials and tribulations that the author went through during the girl’s adolescent years. Although the challenge ultimately resulted in the break of the marriage, she was ultimately saved and is currently a member of the faculty at an academic institution. This is a success story, mainly due to perseverance, lack of fear, belief in human values, and wisdom to perform the right things and making right decisions. This book contains numerous stories, including the author’s sense of humor in his writing style.